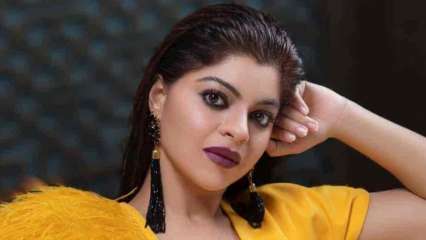 ‘Ek Veer Ki Ardaas…Veera’ actor Sneha Wagh has revealed that it was upsetting as she was stereotyped into taking part in a mother on-screen after she performed one in her second TV challenge. However, Sneha says that she has now discovered to take it in stride.

In an interview with Hindustan Times, Sneha mentioned, “I thought I would be able to get over it but then it’s not easy. So rather than losing sleep over it, I’ve decided to use it in my favour. It’s in an actor’s hands to choose different parts and make each of them a unique experience. I’ve no qualms in playing a mother now. All mothers in real life aren’t the same, similarly, all my roles are different— be it Ratanjeet Sampooran Singh (Veera), Mura (Chandragupta Maurya), or Mata Anjana (Kahat Hanuman Jai Shri Ram). I make sure to add a different flavour to each of them.”

Sneha additional spoke about reaching inventive satisfaction with all her initiatives and mentioned, “My colleagues compliment me with the way I’ve not let this bog me down. And the love and respect that I’ve got from the audience encourage me. I don’t take up work thinking kaam karna hai ya paisa kamana hai toh kar lete hai. I always take up stories that show women in a positive light, have a message. Makers also don’t come to me with just anything.”

The actor was final seen in Kahat that ended just lately. The present resumed capturing put up lockdown but it surely didn’t garner good TRPs.

“During the lockdown, a lot of our viewers shifted to OTT. It’s time TV starts experimenting with content to get them back. But it would be wrong to say television isn’t trying anything new. The audience also needs to be accepting. I understand TV is viewed by the entire family but still within that spectrum a lot can be done. But sadly you won’t see much of those new concepts working. And then people say TV is regressive. So who’s to be blamed?” Sneha questioned