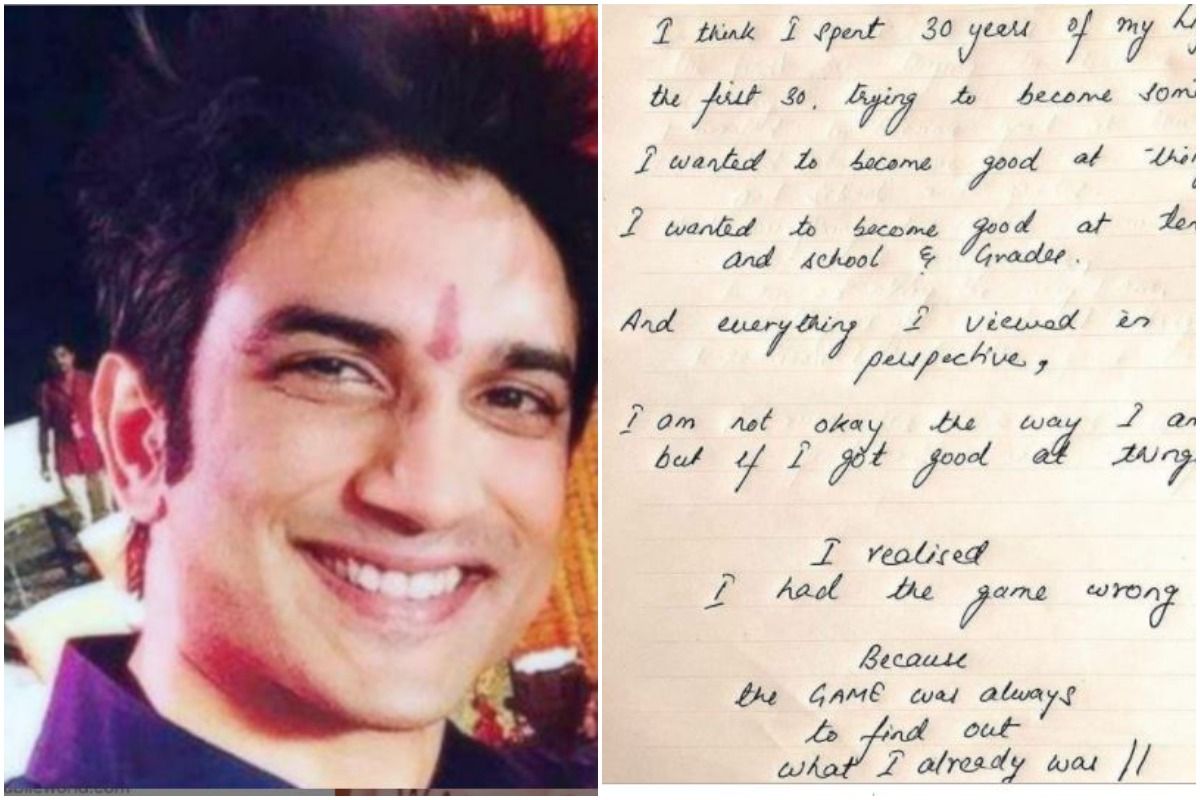 On Sushant Singh Rajput’s 7-month demise anniversary, his sister Shweta Singh Kirti on Wednesday, took to the web to share an emotional hand-written letter of SSR that has introduced tears in followers’ eyes. The observe learn, “I think I spent 30 years of my life, trying to become something, I wanted to become good at things, I wanted to become good at tennis and school and grades and everything I kind of viewed in that perspective. I’m not okay the way I am, but if I got good at things. I realised I had the game wrong because the game was to find out what I already was.” Also Read – Sushant Singh Rajput’s Sister Shweta Shares Heartfelt Note Remembering Her Brother, Says ‘Forever Sushant’

A number of days in the past, Shweta had shared an emotional put up remembering her little brother. She demanded justice and shared a quote about life and demise which reads, “We get a life or not, is all about destiny. When and where we die, is all the time, but the ones who are remembered even after death, then it is all about their karma.”

Sushant will all the time stay in our hearts. #ForeverSushant pic.twitter.com/jyLoksVUwr

Sushant Singh Rajput was discovered useless in his Bandra condominium on June 14 final yr. This Jan’ 14 will mark seven months of his demise. The case is being investigated by the CBI and NCB.

Meanwhile, the Bombay High Court reserved its order within the utility filed by Sushant’s sisters Priyanka and Meetu to quash an FIR filed by Rhea Chakraborty.